VENICE – IN THE U. N. LIST FOR THE MOST ENDANGERED CITY 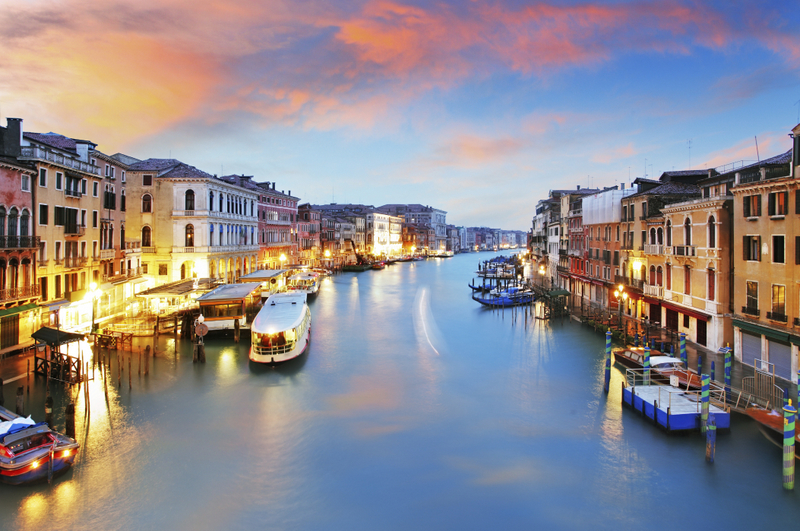 Venice, the capital of Italy’s Veneto region, is built on more than 100 small islands which form a beautiful lagoon in the Adriatic Sea. It has no roads but canals which include the Grand Canal thoroughfare which is lined with the Renaissance and Gothic palaces.

On June 2nd, 2019 a cruise ship rammed into the docks injuring at least 5 people. Tourism is destroying this beautiful city day by day and is enormously threatened by the fact that the whole city will be gone under the sea.

The historic buildings in Venice are crisscrossed by hundreds of canals which give the city a fabulous feel for every tourist who have been attracted to this magnificent place for more than hundreds of years. Earlier this was not an issue because in the late 20th century only the wealthy people could afford to travel. But now, because of the mass-market tourism which is draining the city’s resources, Venice has become overcrowded. The congested walkways and canals, tourists waiting on long queues have become a day to day scenario now.

Venice is therefore facing a severe environmental crisis.  Rising sea levels, mass tourism and crowding of cruise ships are some of the main reasons. Scientists continue to monitor changes in water levels. The historic buildings are sinking, the stonework and carvings is crumbling away. Because of excess tourism the city is in grave danger. Local inhabitants of Venice are migrating to different parts of the world. The officials have developed an application to notify the citizens in case of any flood occurrence due to high tides. And the Government bodies have banned entry of ships which weigh 100,000 tons or more.

In 1987, UNESCO considered Venice as a cultural and heritage site because of its equisetic lagoons and the area’s unique architecture. But now 50 years later the UNESCO is rethinking to delist Venice because of the problems it is facing environmentally and the financial crisis it is undergoing. Now it is listed as the most endangered city in the world by the United Nations.