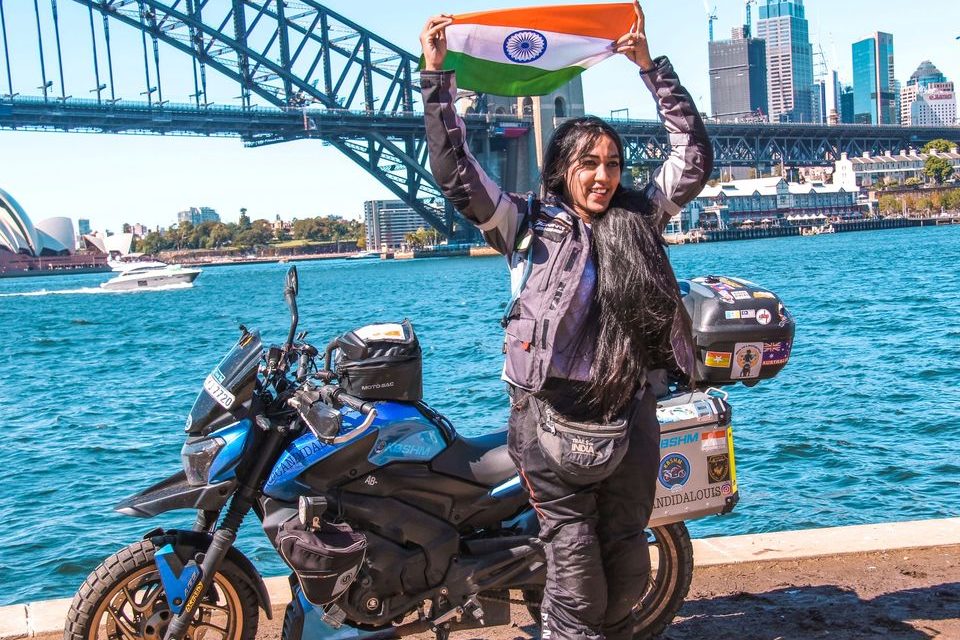 Candida Louis is an Indian girl from Hubli who has not only biked across 24 states in India and covered over 34,000 kms but also completed her incredible solo bike journey from Bangalore to Sydney. She has also led biking tours in seven countries and ridden in more than 25 countries. But just about five or six years ago, Candida wasn’t the Candida Louis we know today. She was just one of us who left her hometown in Hubli and relocated to Bangalore to work full time with an MNC. “I’d just sit there in the office and keep staring out of the window, desperately wanting to be out there and not indoors. I wanted to feel free which I hardly did while sitting in the office for long hours. My passion to be outdoors, riding my bike and travelling to wherever I wanted got the better of my patience with the routine at the office, and the day finally came when I decided to quit my job and choose biking as my career.”

Perhaps, this irrepressible desire to go after her passion made Candida different from most of us who are afraid of not taking any risks in our lives. We let our fears take over our let passion and slowly, our interests fade away in the dazing cosiness of our timely incomes. Candida’s plan to give it up and choose her passion is what makes her stand apart.

Making of Candida Louis – the biker

During school days, she used to be the pillion rider on her dad’s motorcycle who would often ride to his sister’s place in Goa. Riding on the backseat with her father to and from Goa  eventually made Candida fall in love with bikes and travelling. When she was in college, she would often ask some of her male friends to let her ride their bikes.

In 2016, her father gifted her a bike on her birthday and from there on, Candida never looked back. After winning several prestigious biking awards and leading numerous biking tours in India and abroad, Candida took her passion to a whole new level in 2018 by biking solo all the way from Bangalore to Sydney on a Bajaj Dominar 400 — the journey that was supposed to last only five months but took around eight months, eventually!

Isn’t that some inspiration for the parents as well who are apprehensive and overprotective when it comes to letting their daughters step out and travel on their own?

The misconceptions and the initial hiccups

If you think being a full-time traveller means a lot of money, perks, lots of sponsorships right away, you couldn’t be more wrong. Life doesn’t let you take things off the shelf easily. And Candida’s was no exception.”Money matters when you wish to start something unconventional. The first two-three years of my career in biking consumed almost all my savings and I did face crunch situations. But as I continued travelling and creating exciting content, the money and resources started flowing in.

I built a brand of my own and started getting sponsorships. This lead to my trips and bikes getting sponsored, but it does not happen right in the beginning. You have to persist. And no matter what kind of traveller you are, if you just keep doing what you want to do, everything will fall in place,” she recalled giving away a strong message to all those who quit because of
difficult circumstances.

Money was just one factor. There were other reasons why it wasn’t that easy for Candida to simply switch to biking from her finance job.”Your parents invest so much money and time in your education and it’s very difficult to just walk up to them one day and tell them that you’d like to quit your well-paying job to take up biking as a career, especially when there aren’t many career options for females in the industry.

But after all, I was their only daughter and my mother agreed to my request after asking me all sorts of serious questions, of course. And my dad has always been very supportive when it comes to making life-defining decisions,”  explained Candida.

Candida isn’t a super human. She faced the problems most of us do whenever we start something new. It’s just that she kept following her passion and as she says “things kept falling in place time to time”.

Why only Bangalore to Sydney?

After completing several bike journeys in India, Candida was selected for the ‘Change your World’ travel project. It is a non-profit organisation set up in the memory of Alistair Farland, the Australian biker who met with an accident and passed away in North America, during his world-tour in 2014. The project aims to fund and support wayfarers like Alistair whose travels are much more than just individual goals.

Candida idolised him and his death shook her. That’s when she decided to journey all the way to Sydney and meet Alistair’s family as a tribute to him and his journeys. “As a part of this project, I was not just travelling but also making a change by stopping at different schools, talking to people along the way. It got very emotional for me riding the last few kilometres to Sydney Harbour Bridge viewpoint after all these months of biking across various countries for more than 27,000 kms.

My friends and family were waiting to receive me, but most importantly, it was the sight of Alistair’s Mom, who had been following my ride ever since I left India which got me very emotional. I actually stayed at Alistair’s home for a week and visited his grave. This ride was for Alistair Farland and many other Alistair
Farlands to come.”

Best memories from the journey

Even before I had asked her this question, I knew it’d be hard for Candida to pick any. She took a long pause only to say, “Can’t really pick one, I have had so many of them. Perhaps, the hospitality by strangers in different parts of the world. People would actually wait for me on the highway! Border-crossing rules made sure that I always had company of a few fellow riders.

And this feeling of having inspired people in such a significant manner is one of my biggest
achievements and fondest memories. I travelled alone but came back with lots of memories made with the finest of people and places I came across during my journey. Also, I would be doing injustice if I don’t mention how much my bike supported me throughout the journey.”

And the scariest experiences…

Journeys like these cannot be complete without
some really testing moments. And likewise,
Candida recalled the times when she had to keep riding through long and dark stretches of roads right through dense forests due to lack of
accommodation options, even if it meant driving while being completely exhausted.

In one such incident, she ended up clicking a
picture with a mysterious ‘face’ when there was actually no one with her! “My camera battery was about to die down and I was all alone on that road with several kilometres of jungle to ride through. I wanted to keep a memory of this. So I took out my camera and clicked a selfie and drove on for a while before I reached my accommodation for the night. It was only in the morning when I charged my camera and saw that picture again that I noticed a mysterious reflection of a face in the side view mirror even though I was the only
human there!”

I myself didn’t believe it until she sent me this picture. I think it’s not just the nature and humans that can test your resolve during such journeys.

I have always believed that travel is one of the finest teachers, for it teaches you things that no formal education can. Candida’s journeys taught her the most important lesson: it’s important to stay focussed on not giving up on the choices for which you gave up your comforts.

Candida candidly admitted the fact that she is not the richest biker in terms of money, but she definitely has some of the most priceless
experiences, something that even a millionaire can’t buy. According to her, money comes, but it is the experiences that are hard to earn.

“When I started riding a motorcycle 12 years ago, the only support I had was from my parents and a few close friends. The others would always tell me that women should not ride a motorcycle as it’s not safe for women to go biking in India. During my solo journeys in India, I met a few lady bikers who inspired me and kept me going.

I took it forward by treading the path that most consider unconventional for women. I knew I was never going to be happy if I kept working on computers, sitting in a cubicle of that office. If you also think that you don’t love what you are doing, I think you are wasting some precious years of your youth. There will always be indrances, problems, and situations that will make you feel like quitting is the better option, but only if you manage to remind yourself why you started in the first place, you will be able to achieve success and stand out from the crowd.

And I hope I have given the rest of the women the hope that our beautiful country is, in fact, safe for females to explore by themselves. There are already so many inspirational women bikers from India who are breaking the stereotypes and sending out the message to be independent.” 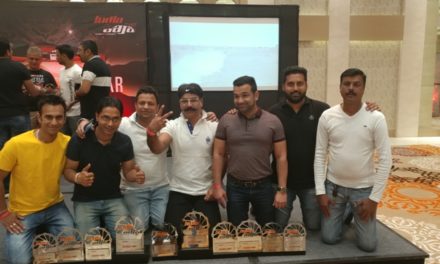 Importance of Adventure in Life 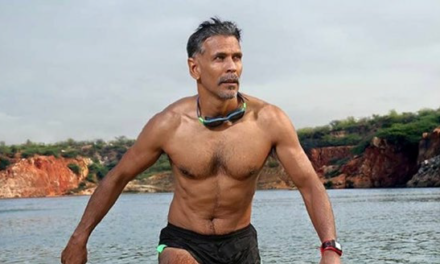 11 Indian Triathlon Athletes Who Have Won The Ironman Title 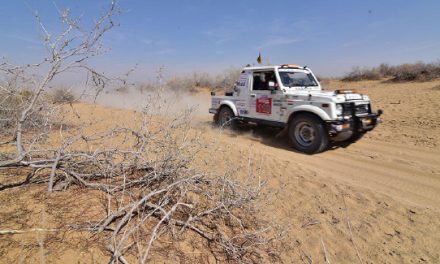 How to Prepare for a White Water Rafting Trip