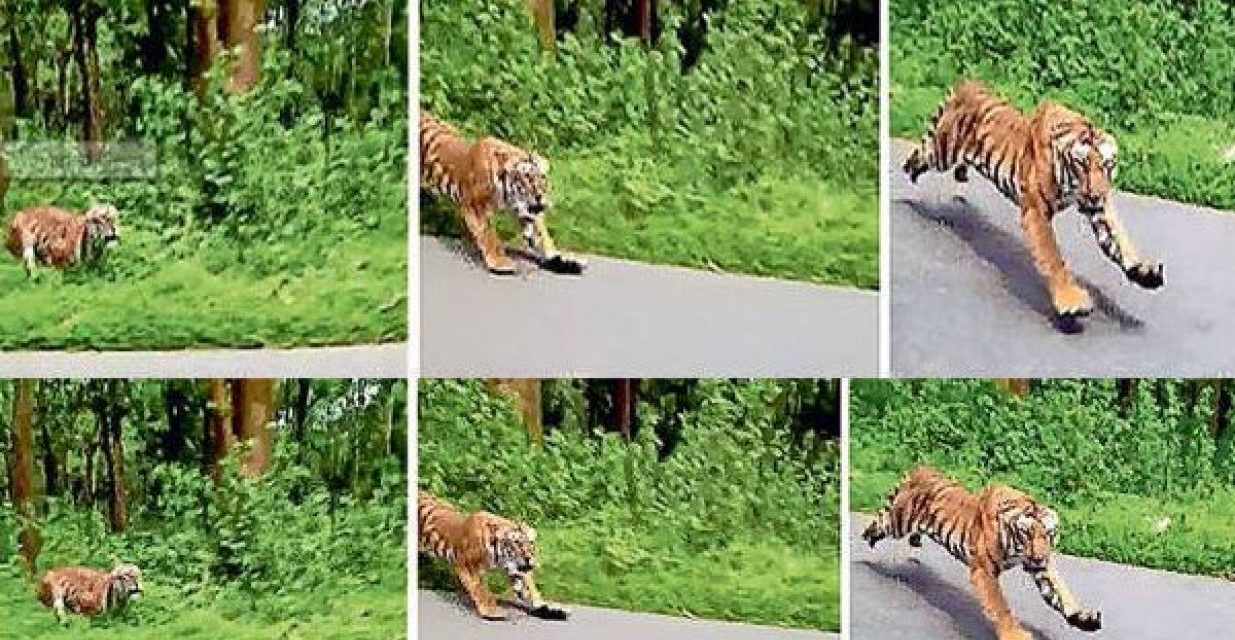 A recent video which was posted to Facebook by the Forests and Wildlife Protection Society, said two Forest Department officials were riding the motorcycle through the Muthanga Wildlife Sanctuary in Wayanad, Kerala, when the passenger recorded the footage.

The two people were riding a bike inside the Muthanga Wildlife Sanctuary in Wayanad in Kerala when they noticed a tiger chasing them. The big cat chased them for a few seconds before running off into the jungle.

The spine-chilling video posted by the Forests and Wildlife Protection Society on Facebook is going viral on the internet. According to reports, the two people riding the bike were Forest Department officials and were patrolling the area after they were informed about a tiger sighting.