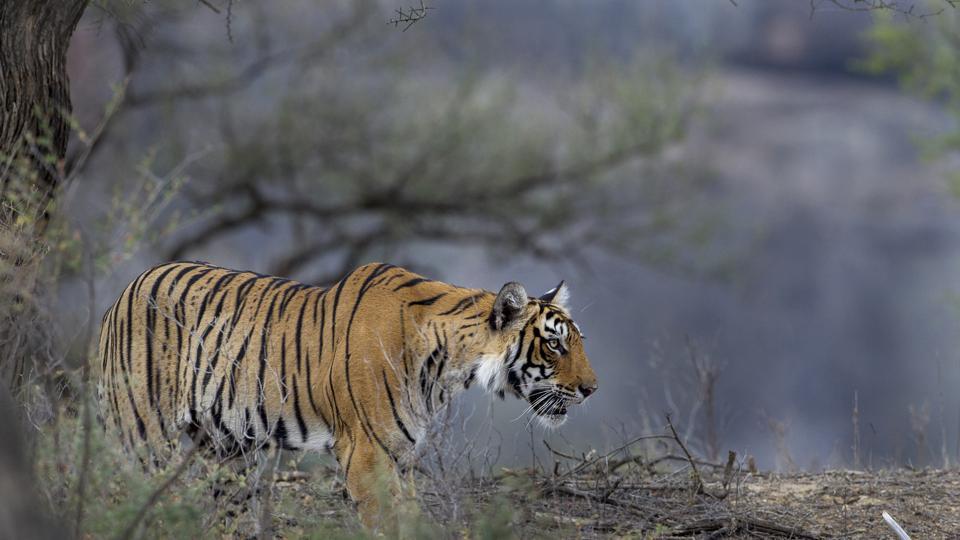 The staffs of the Kedarnath Wildlife Sanctuary are thrilled with the recently obtained camera trap pictures. About five dozen camera traps were installed in different parts of the wildlife sanctuary last month, but the photograph of a tiger moving in Madhmaheshwar area is the most prized of all.

A tiger which was heading towards the snowbound area has surprised the forest officials. Tigers generally love to stay in plain or grasslands, savannas and even mangrove area. From the behaviour, it is clear to say that the tiger has come here in migration.

Even in 2016, the Kedarnath Wildlife Sanctuary made a similar claim but at that point of time the camera trap photograph was not clear. Big confusion prevailed about the black and white photograph and many claimed it to be a snow leopard or the other tiger. But this time no confusion exists. The clear photograph indicates one tiger is enjoying its stay in the snowbound area and possibly moves to high hills in the summer annually.

The forest department used to receive regular complains from villagers about sighting a big wild animal in their area. The attacks on buffaloes and other big domestic animals forced the forest department to believe the presence of a tiger in the odd land.

This year camera traps were fixed on different parts of the Kedarnath Wildlife Sanctuary in mid-May. The camera trap captured the endangered musk deer, bear, fox and other animals. The snap of the tiger, taken at an altitude of 3400 meters is rare in some way.

Many are cutting a joke by claiming that the tiger has moved to high altitude due to the scorching heat of the plains. The development has certainly provided wildlife scientists with a new issue for research.