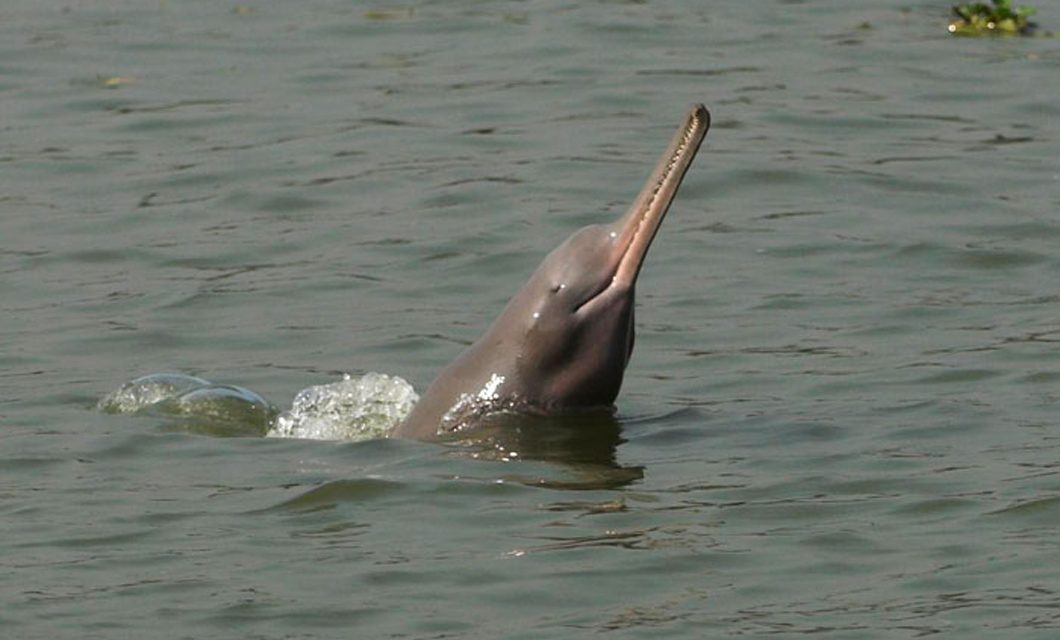 A population of endangered Gangetic river dolphins has been found for the first time in the Mahananda River, a tributary of the Ganga, in Bihar’s Kishanganj district. A team of scientists from Vikramshila Biodiversity Research and Education Centre (VBREC) of Tilka Manjhi Bhagalpur University spotted the 14 Gangetic river dolphins during a survey.

The presence of dolphins was the sign of a healthy river ecosystem. Dolphins prefer water that is at least five to eight feet deep. They are usually found in turbulent waters, where there are enough fish for them to feed on. Gangetic dolphins live in a zone where there is little or no current zone to the edges to hunt for fish and return.

Experts agree that the Gangetic dolphins’ habitats face serious threats from climate change. They point that increasing pollution due to large-scale discharge of industrial and municipal waste, siltation, and mechanised boats pose the biggest threat to these freshwater dolphins.

The Gangetic river dolphin is India’s national aquatic animal but frequently falls prey to poachers. Their carcasses are found regularly on river banks. These species fall under Schedule 1 of the Indian Wild Life Protection Act and have been declared an endangered species by the International Union for Conservation of Nature.

The Gangetic river dolphin is one of the four freshwater dolphin species in the world. The other three are found in the Yangtze River in China, the Indus River in Pakistan and the Amazon River in South America.  They are found in India, Bangladesh and Nepal – species which are found in these parts are blind and finds its way and prey in the river waters through echoes. These dolphins live by echolocation and sound is everything to them. They navigate, feed, escape danger, and find mates, breed, and nurse babies by echolocation.