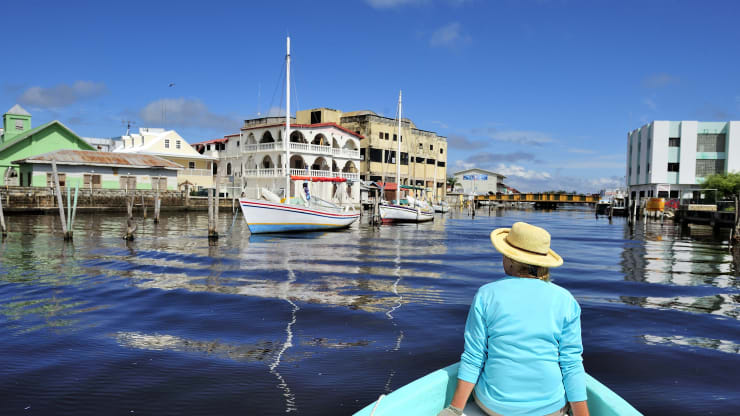 More than half of Americans are looking for adventure when it comes to travel in 2020, according to a new study from the Travel Channel.

“That is up a little bit over last year,” said Mariel Clark, vice president of digital for HGTV and the Travel Channel, noting that 52% of respondents to the 2020 Leisure Travel Forecast indicated an itch for adventure, compared to 47% for 2019. The poll, released today, was conducted in September and October in partnership with Open Mind Strategy.

Clark’s team looked to identify international and domestic destinations that “offer a great jumping off point for an adventure travel trip.”

Adventure hub Belize City, capital of the English-speaking Central American country of Belize, is just a two-hour flight from Miami, “within arm’s reach for many Americans,” according to the Travel Channel. The destination is “brimming with Mayan ruins, world-class scuba diving and hidden temples pulled straight from Indiana Jones.”

Hard by the Welsh border, onetime manufacturing powerhouse Manchester is the nearest international gateway to Snowdonia, a Welsh region “where surfers, hikers and mountain bikers collide with one of the most dense concentrations of medieval castles on the planet,” according to the Travel Channel. Americans can catch non-stop flights of six to eight hours’ duration from hubs like New York, Miami and Atlanta.

Although it’s boomed its way into status as the fifth-largest city in the U.S., once sleepy Phoenix (population 1.7 million) and the surrounding Valley of the Sun still offers “stunning mountain vistas, epic desert sunsets, and hiking and mountain biking trails through cactus-studded landscapes for adventurers of all levels.” There’s also an “incredible food scene,” says the Travel Channel.

Capital of Hokkaido, Japan’s second-largest island and northernmost prefecture, Sapporo offers “incredible snow sports in the winter months and gorgeous hiking trails in warmer months.” And there’s a bonus to visiting the erstwhile home of the 1972 Winter Olympic Games: “After adventuring, you can soak your muscles in one of the countless onsen [hot spring bath] spas across the island,” according to the Travel Channel.

“Frasier” settings aside, The Travel Channel points to mountains, rivers and oceans as Seattle’s greatest calling cards. The city’s a perfect home base “for a variety of excursions, from sea level to the summits of the highest mountains in the Lower 48.” Mount Rainier, 14,411 feet high, is within view of the Space Needle.