NEXT IN LINE? THERE ARE ONLY 7,500 CHEETAHS LEFT IN THE WORLD 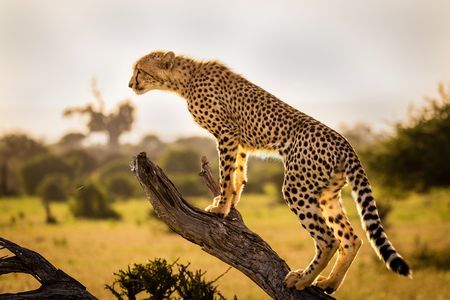 Cheetahs are considered as one of the most beautiful and amazing cats in the wild. Also, the cheetah is the fastest land animal in the world, the wild cat can reach a top speed of 113 kilometres per hour. But there are only 7,500 cheetahs left in the wild and this is all due to habitat loss and illegal wildlife trade.

Less than 7,500 cheetahs are roaming in the wild, 90 percent of the population of the wild cats was lost during the last century. 1,500 adult cheetahs and baby cheetahs are found in Namibia, a Sub-Saharan country in Africa. The country is currently the home of the highest concentration of cheetahs.

During an interview Dr. Laurie Marker, the co-founder of the CCF (Cheetah Conservation Fund) said, “Everything needs to come together in order to protect the cheetah in the future. We don’t want to keep them in a captive environment, but if we must, they should be kept in the proper way, with the right food and facilities, so that the public can see them and be educated about them.”