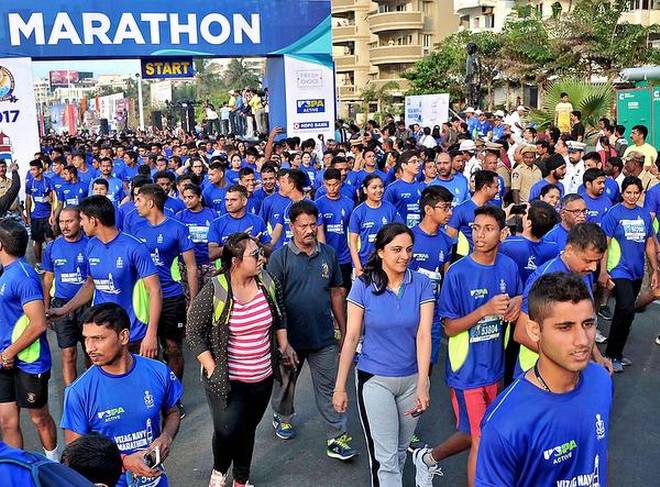 A mix of more than 12,000 professional and amateur runners headed to Beach Road on Sunday much before the dawn to show their dedication towards fitness and join hands for the fourth edition of the Vizag Navy Marathon – 2017.

Dressed in blue T-shirt and sportswear, the navy personnel and civilians participated in it with enthusiasm after doing warm-ups. With the local bands providing perfect setting by playing some good music, participants were seen achieving their target effortlessly.

Some of the doting dads took part in the run by pushing the pram of their children and a few babies were seen clinging to their moms who ran along the route. First aid points, refreshments and snack stalls were arranged all along the stretch for the runners.

After flagging off the 5-km run, Flag Officer Commanding-in-Chief of ENC Vice Admiral Karambir Singh said: “We want to make this marathon a signature event of Visakhapatnam and the most sought-after race in India. Eventually, we want to bring wonderful people of Vizag along with the Navy while promoting healthy living which is one of the best forms of staying fit.”

Chief of Staff, ENC, Vice Admiral Atul Kumar Jain said the response for the event was getting better with each passing year. “Apart from naval personnel, veterans, people from all walks of life took part in the marathon. The road for the run is something which is difficult to find anywhere else in the world as the coastline en route offers picturesque backdrop for the runners,” he said, after flagging off the 10-km run.

Passers-by cheered the runners at various points. Runners said the preparation for the event started much ahead. “A lot of practice is required for marathons. Women need to consider their fitness regimen more seriously as it goes a long way in boosting their endurance and stamina,” said A. Gayatri, a 52-year-old gynaecologist, who secured the third spot in half marathon.

Later, Vice-Admiral Karambir Singh gave away cash prizes to the winners of the marathon held in various categories. 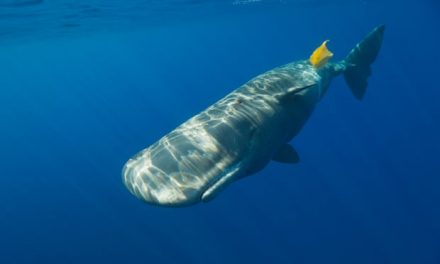 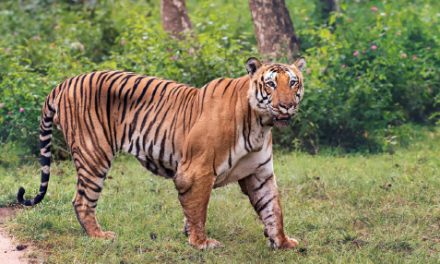 3 new IBA’s give boost to bird conservation in Goa 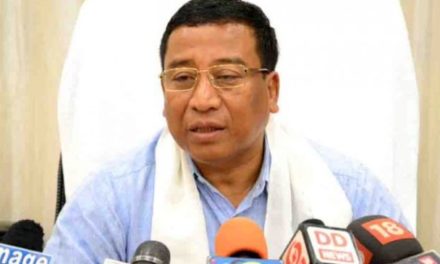 Manipur Govt Committed to Save Environment and Wildlife