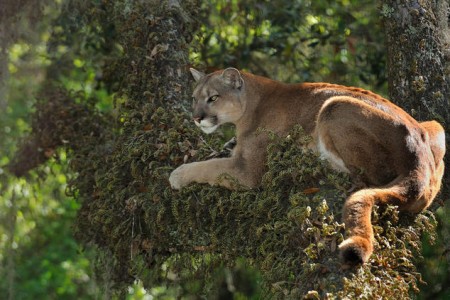 For many years, conservationists, landowners, and developers have met at crossroads when handling cases of endangered species with habitats on private lands. Conservationists sought to ensure the protection of the habitat, landowners hoped to maximize land value and avoid land-use restrictions under the Endangered Species Act, and developers sought to develop land without paying complicated and large mitigation sums. The alleviation to these conflicts of interest? A market enterprise that has the potential to account for the needs of private landowners, developers, and the environment all at once: conservation banking.

As of August 2019, the Regulatory In-lieu Fee and Bank Information Tracking System (RIBITS), indicates that there are 158 approved conservation banks protecting the habitats of 71 species under the Endangered Species Act (RIBITS is the national database tracking all wetland, stream, and conservation banks in the United States).

What is Conservation Banking?

According to the USFWS, conservation banking is a market enterprise that a) establishes protected lands for the conservation of endangered and at-risk species and b) functions as a mechanism for off-site mitigation through the selling of approved credits (the metric used to quantify the ecological value of an area).

Both the USFWS and National Marine Fisheries Service (NMFS) have the regulatory authorities to allow entities to pursue the use of a conservation bank for the mitigation of adverse impacts to species listed under the Endangered Species Act of 1973. Through consultation with USFWS (or NMFS, depending on the impacted species) a determination will be made if an impact is likely to adversely affect a listed species, warrant the issuance of an Incidental Take Permit, and require mitigation set by the regulating entity. Buying conservation bank credits to offset unavoidable impacts to species or habitat will only be permitted after a developer demonstrates that all avoidance and minimization best practices are employed.

Conservation banking sets up an open market opportunity that creates incentives for bank developers and landowners to conserve land in areas where drivers are creating a need for offset impacts to specific species and habitats. Increased development resulting in species or habitat take is the biggest driver for conservation market demand. Conservation banking involves an agreement between the United States Fish and Wildlife Service (USFWS), landowners, and developers across the country: in exchange for the landowners’ protection and management of a critical habitat, the USFWS approves a number of credits that the landowners can sell to developers. The number of credits that are approved depends on a variety of factors (the ecological value of the land, potential acquisition costs, etc.). Because developers are typically required to compensate for their projects’ unavoidable adverse effects on endangered species, these one-time credit purchases which for off-site mitigation can be a very attractive option.

How Are Conservation Banks Established?

Private, tribal, state and local lands, particularly those with corridors that link populations of the species, can be converted into conservation banks. Prior to the FWS approving a conservation bank, landowners must 1) enter into a conservation banking agreement, 2) grant a conservation easement, a legal agreement that permanently limits land use for conservation purposes, to an eligible third party, 3) present a long-term management plan, and 4) establish an endowment to provide necessary funds to monitor and upkeep the conservation bank. If landowners can meet all these requirements, the FWS will approve a certain amount of credits that can be sold within a predetermined service area.

Biology/Ecology: The Service must determine whether the bank will provide adequate mitigation for the species in the review of proposed banks prior to bank establishment. The most important factors when evaluating the ecological viability of a conservation bank is 1) that the selected site is in a geography that aids in the recovery of the species (usually determined by a species recovery plan) and is not at risk of external impacts that may reduce the long term likelihood of success (such as adjacent incompatible lands) and 2) a management plan that controls additional risks (such as invasive species or trespassers) that may reduce success. Best practices include sitting banks adjacent to already protected land to manage risk as well as anticipate and adapt management needs of the bank site in an iterative process during the bank establishment process and into perpetuity.

Real Estate Assurances: A conservation easement is the most used method to provide real estate assurance on a bank site. For the ensured protection of a species, bank sites should be permanently protected. They also should be free of any encumbrances that may jeopardize the goals related to the bank establishment. A preliminary title report is required to indicate any rights (such as hunting, fishing, mineral access, etc.) that may be associated with the property. It is the responsibility of the bank sponsor to ensure that all encumbrances on the property that may pose a threat to the success of the bank be extinguished prior to the establishment of the bank.

Financial Assurances: The bank agreement must include funding requirements and justification for the costs associated with the conservation bank’s operation, management, monitoring, and documentation in both the short-term and long-term. Since the management of the bank for the mitigation offsets that it provides will be in perpetuity, a best practice is to establish a non-wasting management endowment.

Who Benefits from Conservation Banking?

Species, landowners, developers, various species and the general public can all benefit from conservation banking.