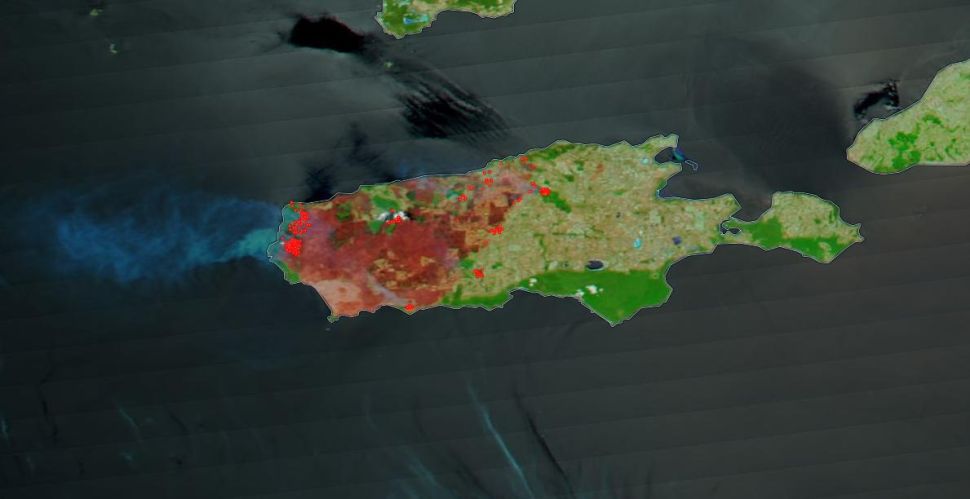 New satellite images from NASA and the European Space Agency show the impacts of the deadly Australian wildfires on both people and wildlife.

One-third of Kangaroo Island, located southwest of Adelaide and home to many protected species, has been scorched by the fires devastating the continent, as shown in views from NASA’s Terra satellite. Images from the MODIS (Moderate Resolution Imaging Spectroradiometer) instrument on that mission show zones of deposited charcoal and ash and removal or alteration of vegetation, the agency stated.

Conservationists have pointed to the island, particularly Flinders Chase National Park, as important habitat for penguins, koalas and a colony of Ligurian honeybees, “which are the world’s only pure-bred and disease-free population of this type of bee,” NASA said in the statement.