Red-haired person of the forest running out of space 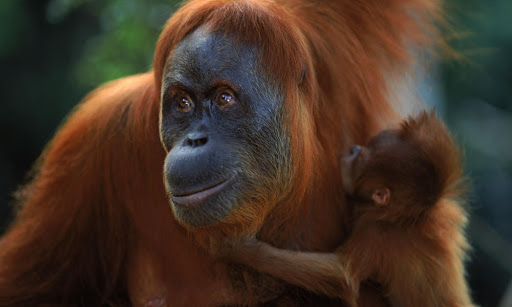 These solitary animals share 96.4% of their genes with humans and are known for their intelligence. And in Malay, their name means ‘Person of the Forest’.

Great imitators: The apes in the care of humans tend to mimic the actions of their caregivers—using sign language, washing clothes and even hammering nails in wood. They use tools to not only build their nests and forage for food but also remove seeds from fruits with stinging hairs.

Their huge arm span — 7 feet from arm tip to arm tip allows them to swing from tree to tree — they are the world’s largest arboreal animal. Trees are their mainstay—to travel and to sleep. You’ll rarely find one on the ground. Their favourite food? A foul-smelling fruit called Durian. Flanges — the fatty tissue that lines a mature male’s cheeks are marks of majesty — the kind that appeal to female apes.

The wholesale razing of rainforests for agricultural land to satisfy demand for palm oil — found in around half of products on supermarket shelves, including cosmetics, toiletries and food — has devastated the population of these red-haired apes.