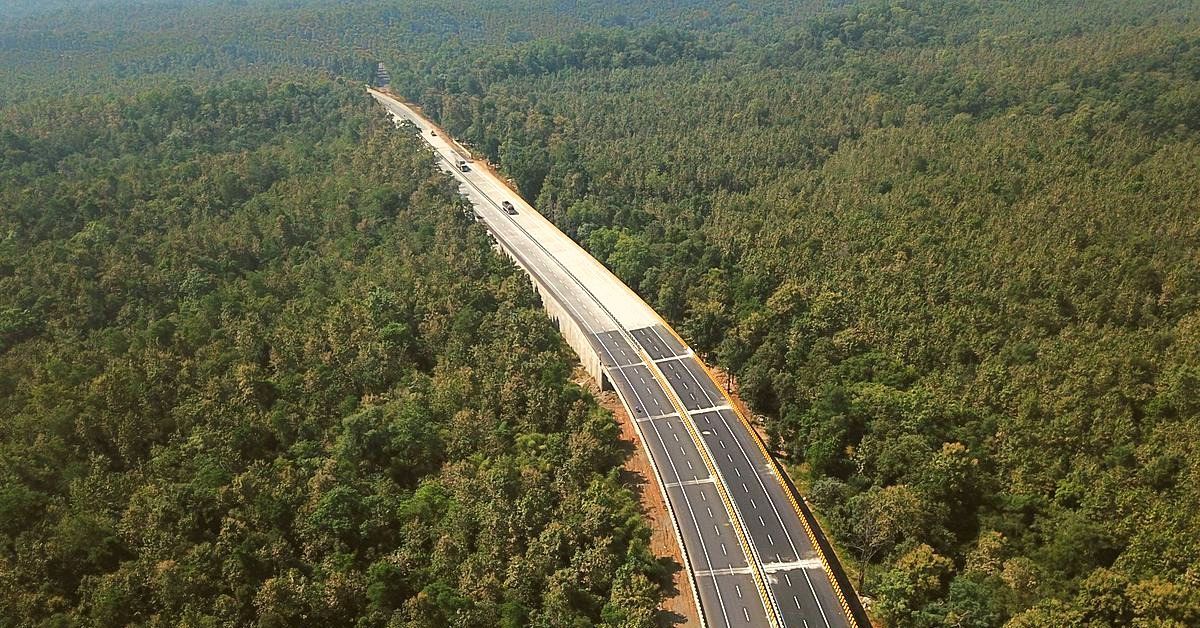 India’s first dedicated corridor for wild animals, this cave-like underpass connects two famous wildlife parks — Kanha and Pench — and could be vital for the long-term viability of tiger populations in the central Indian landscape.

Experts at the Wildlife Institute of India dubbed these developments as “exciting” because wild animals were finally using the underpasses created for them to cross roads safely.

A WII study has 468 captures of 15 species during 90 days monitoring of animal movement, including the tiger. Balancing India’s infrastructure development needs and wildlife protection has always been a very difficult proposition.

This debate once again reared its head when the NH-44 was expanded to four lanes, and as a consequence, a full-grown leopard and tiger were killed in vehicular traffic.

Following the Bombay High Court’s directives, the National Highways Authority of India constructed nine underpasses along NH-44, offering a safe passage for animals who no longer are expected to cross roads at risk to their lives.

These cave-like, concrete underpasses are layered with natural soil so that they resemble the natural habitat of the animals. The underpasses are fitted with CCTV cameras to monitor the movement of animals

It was in 2016, when the roads ministry sanctioned the construction of 25 leafy underpasses for wildlife movement as part of 10 national highways that pass through wildlife sanctuaries and forests.

In the past couple of months, more than ten tigers have been seen using these paths.

Last month, the Wildlife Conservation Trust, a Mumbai-based NGO, presented a report which outlined some key points with regards to evolving policy solutions that would both safeguard the wildlife and maintain our infrastructural needs.

There were two critical problems they identified:

“First, most corridors were not spatially defined and therefore remain unknown. This situation is further accentuated by a dearth of quality maps in the public domain. Secondly, timely information on [the] proposed project was missing in the public domain, which negatively impacted specific corridors, thus hindering our ability to implement legally-mandated safeguards on time and at minimum cost,” the report stated.

It went on to express: “Through this comprehensive mapping exercise, we identified a minimum of 150 ‘legally explicit‘ tiger corridors between PAs in the Central Indian and [the] Eastern Ghats landscape, and discovered that only 26 of these were actually identified and tagged by the state and central governments. We were able to obtain data on a staggering 1,699 linear infrastructure project proposals across 11 states, which were overlaid on corridor maps. 399 of these passed through tiger corridors that could/would negatively impact connectivity. The proponents of 345 of these proposals were clueless about the impact on wildlife corridors. In some instances, linear projects bisected corridors, where ecologically viable alternatives were not possible.”

The NGO has reached out to government agencies like NITI Aayog, National Tiger Conservation Authority (NTCA), State Forest Departments and civil society to alert them to these concerns.

Prima facie, these underpasses seem like a reasonable solution to a grave problem, but critics regularly point out that the underpasses are too little and poorly designed to achieve complete safety, particularly the problem of waterlogging.