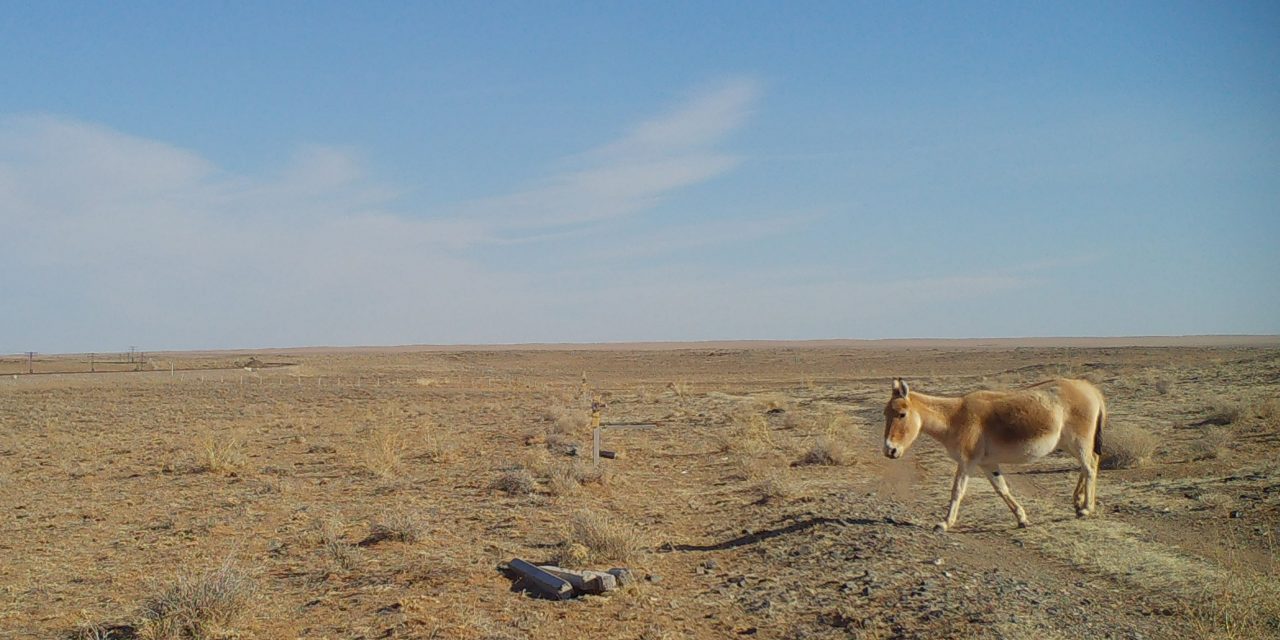 An Asiatic wild ass made history when it became the first of its species to cross into the eastern steppe in Mongolia in nearly seven decades.

The Gobi-Steppe is among the largest grazing ecosystems in the world and home to a unique diversity of migratory animals. However, since 1955, the Trans-Mongolian Railroad has stood as an impenetrable barrier to some of the large animals that once moved freely across the massive region, including the Asiatic wild ass or khulan (Equus hemionus hemionus).

A photo released by the Wildlife Conservation Society (WCS) Mongolia shows the khulan crossing the railroad through a new “wildlife-friendly fence corridor” on March 16 this year. The corridor was created by modifying and removing fencing in three locations along the railway. WCS implemented the project in partnership with the Ulaanbaatar Railroad Authority and the Mongolian Academy of Sciences.