Caterpillars Can ‘See’ Colors With Their Skin 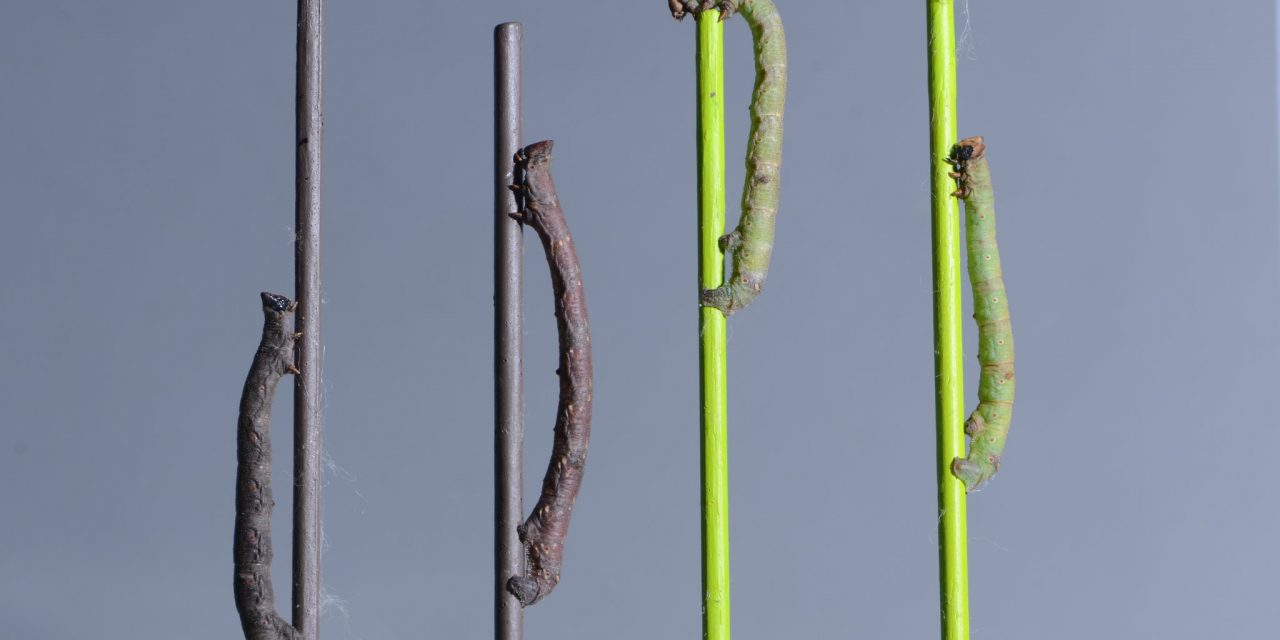 Peppered-moth caterpillars can change their hue to match their surroundings without looking, a study has found. But how they do it remains a mystery.

Peppered moth caterpillars live across the Northern Hemisphere, from the forests of China to the backyards of North America. But if you’ve never seen one, don’t feel bad: They’re experts at blending in. Each caterpillar mimics the twig it perches on, straightening its knobbly bodyinto a stick-like shape. It also changes its hue to match the twig’s color, whether birch white, willow green or dark oak brown.

They’re so good at this, in fact, that they can do it blindfolded — literally. According to a paper published in Communications Biology in early August, the caterpillars sense the color of their surroundings not only with their eyes, but also with their skin.

While other animals, including cuttlefish and lizards, have similar abilities, this is “the most complete demonstration so far that color change can be controlled by cells outside the eyes,” said Martin Stevens, a professor of sensory and evolutionary ecology at the University of Exeter. Dr. Stevens, who was not involved in the study, added that the exact mechanism remains a mystery.