A New eco friendly trend on the cards: Plogging 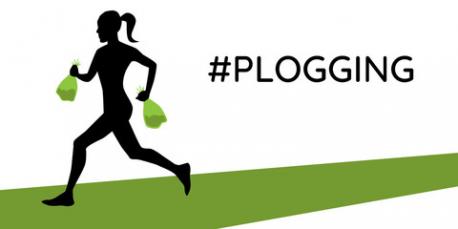 Plastic pollution-is the accumulation of plastic objects (e.g. plastic bottles and much more) in the Earth’s environment that adversely affects wildlife, wildlife habitat, and humans. Plastic pollution can afflict land, waterways and oceans. It is estimated that 1.1 to 8.8 million metric tons (MT) of plastic waste enters the ocean from coastal communities each year.

It is estimated that more than or almost 60% of the plastic waste comes from only 5 major countries namely China, Philippines, Thailand, Vietnam and Indonesia. There are already issues about the Great Pacific Garbage patch and to add to the other environmental problems further it is estimated that the plastic consumption in Asia alone will rise by 80% by the year 2025, which will be surpassing 200 million tons and these major countries are responsible for the prominent part of this many people want these countries to intervene and adopt conservation strategies.

It is a combination of jogging with picking up litter. That is, picking up waste while trekking or jogging along forest trails. It started as an organised activity in Sweden around 2016 and spread to other countries in 2018, following increased concern about plastic pollution.

It is not only good for the environment but you as well as a workout, it provides variation in body movements by adding bending, squatting and stretching while picking up trash to the main action of running, hiking, or walking it can be even called as a high intensity of workout as lot of stamina and body movements are required.

It is a fitness challenge for humans as well as the environment.

Now the craze for plogging has been on the rise constantly all over the world people are indulging in these activities which is not only promoting eco-friendly tourism by both making a place much more clean and keeping people healthy but also reducing the burden of pollution on a destination and the country as a whole.

There have also been initiatives taken up by individuals to tackle plastic pollution in other tourist areas. In Kodaikanal and Shimla, tourists have taken up “plogging”. Pangot, a picturesque town in Uttarakhand, no longer throws all the plastic and wrappers that tourists bring in, over the gorge. A group of citizens, hotel owners, school children and a local organisation have come together to put in place a system for segregation and management of waste.

According to latest reports because of growing awareness about this new trend 10,000 people regularly do plogging in India alone. Although, the world record is of Mexico City of 4000 people plogging in one day.

A non profit organisation in Kolar conducted plogging all over the area and near the lake.

Most ploggers (a person who does plogging) generally bring trash bags with themselves along with gloves and pick up trash on their way you don’t essentially have to be a jogger to be a plogger it is just that you are doing workout while cleaning your streets or surroundings. So, the next time you’re on your morning walk and you see litter on the streets, start plogging and be a part of this amazing trend.

Why is it necessary

Plogging is really simple you can do it alone, with friends, with groups if you want to know more and know how to be a part of this new eco friendly challenge just use hash tags and search Instagram for plogging you’ll be amazed to see the results of people’s involvement all over the world. #Go Plogging!!!!