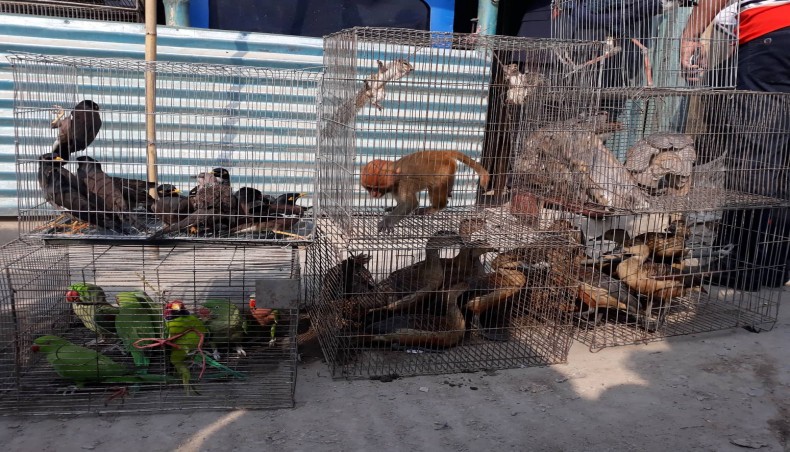 Wildlife Crimes Control Unit of Department of Forests rescued 50 wild animals and birds from pochers at Tongi Bazar in Gazipur district on Tuesday.

During the raid one Al Hadi was arrested and finded Tk 50,000 by RAB executive magistrate, Ashim said.